SURGE of POWER: The Sequel 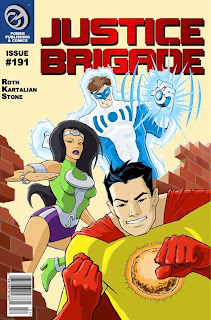 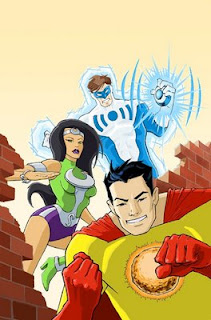 A sequel is in the works to SURGE of POWER, a fun, campy Superhero movie released in 2004 produced and conceived by my friend, Vincent Roth. I initially did artwork for the original movie, SURGE OF POWER: The Stuff of Heroes, including props, framing artwork, and concept work. Now Vincent is back at work on a sequel after touring the first film at film festivals and conventions. He's asked me to do new art, and this is the first piece I've conceived: A cover to the JUSTICE BRIGADE comic, a fictional book the main character is a fan of. More SURGE movies = more art for me to create. Looking forward to seeing how the projects develops, no doubt bigger and better. 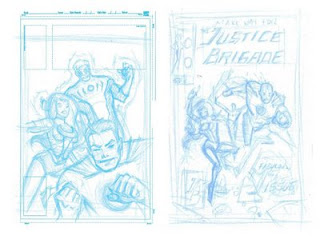 Some initial concept thumbnails for the cover. I initially thought the cover on the right would be great, after talking with Vincent the concept was revised, and I think the second idea (left side) works much better in showcasing the heroes (Blue Beacon, Splendorella, & Captain Meteor). 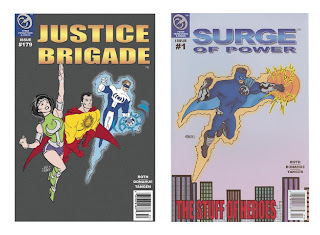 Original cover "prop" artwork from Surge of Power I conceived and created back in 2003 - oh, the horror!!!
Posted by Nelson Hernandez at 6:29 PM 1 comment: 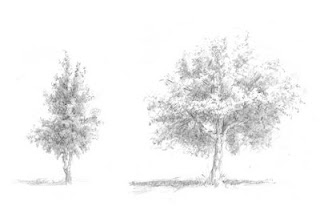 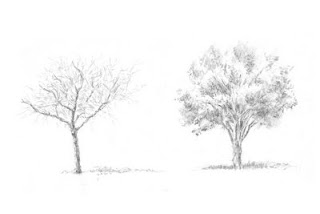 Things I do with my class. Good practice for me, to do what I assign them to do. Quick studies, focusing more on value/tone to define form. Man, like anything else, if you want to draw, gotta draw everything. Yeah, I know its good for me...
Posted by Nelson Hernandez at 8:41 PM 2 comments: 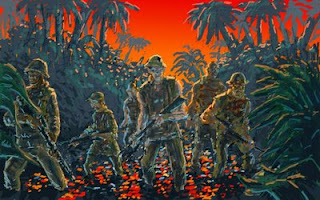 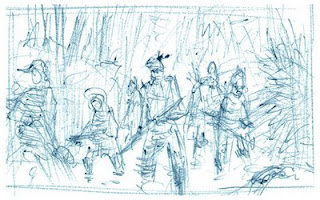 This quick little illo is the latest CE Challenge: WAR. I really need to start painting a) More & b) Faster. Here it is from loose sketch to digital paint.
Posted by Nelson Hernandez at 10:07 PM No comments: